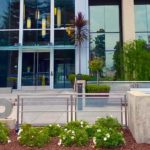 Click to read more about what Borelli Investment Company can do for you and your building, and to request a free quote for property management services.   … END_OF_DOCUMENT_TOKEN_TO_BE_REPLACED 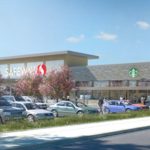 Wall Street Journal Article Sees America Putting the Brakes on its Driving Love Affair Data doesn’t lie. Americans are driving less, and especially in densely populated, traffic-choked urban areas such as Silicon Valley, we’re enjoying it less as well. According to a December 24th article in The Wall Street Journal, “America’s Love Affair With Driving Takes a Back Seat,” drivers aged 16 – 34 in 2017 drove nearly 25% fewer miles in 2017 compared with drivers of the same ages in 2001. There were also fewer commute trips than in any year since 1990, and the number of trips for … END_OF_DOCUMENT_TOKEN_TO_BE_REPLACED

Excited to have the Facchino District, mixed-use, Transit Oriented Development featured in the Mercury News! https://tinyurl.com/yyaujbys