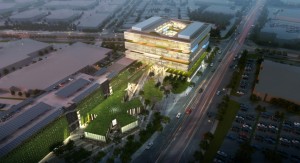 The project is expected to involve a capital investment of no less than $200 million, assuming an estimated per square foot construction cost of about $300 and excluding the value of business equipment required to outfit the facility.

Read the full story at The Registry.