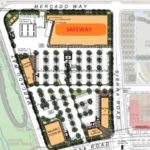 SAN JOSE — A transit village in San Jose’s Berryessa district that has begun to emerge near a future BART stop has landed a Safeway supermarket as an anchor tenant, a vital piece to the mixed-use development. Safeway has signed a lease for 65,000 square feet to occupy a site called North Village of Market Park San Jose, which is being crafted as a village of offices, apartment towers, single-family homes, shops, restaurants and parks. Rising on the site of the long-time Berryessa Flea Market, the development could be an early first test of San Jose’s quest to bolster its relatively … END_OF_DOCUMENT_TOKEN_TO_BE_REPLACED 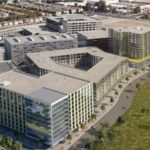 "We are right at the Berryessa BART station,” said Ralph Borelli, chairman of Borelli Investment Company" From the San Jose Mercury News, 4/18/18: The developers of a transit village next to San Jose’s first BART station say they are pushing forward with more intense densities and have unveiled new visions of how the ambitious Berryessa district development might appear. The development, called Market Park San Jose, has begun to rise on the site of the old Berryessa Flea Market near Berryessa and Sierra roads. “This will be the most significant urban village development to date … END_OF_DOCUMENT_TOKEN_TO_BE_REPLACED