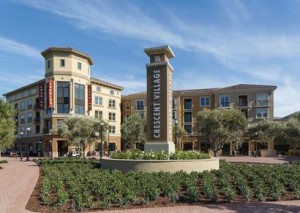 As the commercial building boom accelerates within the South Bay’s Golden Triangle district, the burgeoning North San Jose tech district bounded by highways 101, 880 and 237, future workers will be able to take advantage of new residential options rising in the surrounding regions and linked by bus, light rail and, in the near future, BART.

Tech giants such as Samsung and others are expanding their operations within the Golden Triangle while other major players, such as Adobe, Acer, Oracle and Pinger, continue to lure technology workers within the downtown San Jose core. These workers, according to Jerry Nickelsburg, senior economist with the UCLA Anderson Forecast, are predominately Millennials (18-33) who prefer to live close to work in more densely populated areas rife with restaurants and shops.

Read the full story at The Registery, here.